Ah – the good old click thru rate. It’s a logical metric for measuring online advertising, surely?  People see your ad and if they like what you have to say they click on it and visit your site, right? Wrong.

You don’t, do you? Neither do I. In the same way I very rarely leap out of my chair to pick up the phone or boot up my laptop in response to a TV, press or magazine ad. You’re doing something else and the message isn’t relevant right now. Does that mean that ad isn’t influencing you? That your brain isn’t filing it away, even if subconsciously, for future reference? I don’t have to respond the second I see it for it to be effective.

Still not convinced? Let me point you in the direction of a study conducted last year by Sequential Media.  They tracked 263 million ad impressions across 9 months across 18 advertisers in numerous verticals (I don’t know if any were travel-related) and found the click thru rate was the metric that had the least correlation with conversion to booking. On a scale where 0 was no correlation and 1 was a 100% correlation, CTR scored 0.1 – that’s pretty pathetic.

This isn’t an isolated study either. In 2010, MediaMind came to the same conclusion and championed dwell rate and dwell time with an online ad as better metrics by which to judge online advertising. 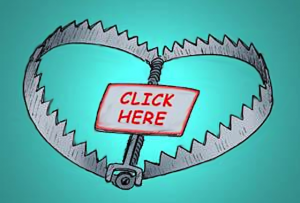 I make the point because I still hear peers in travel and tourism marketing ruling out online advertising – with the notable exception of retargeting – because the click thru rates are poor.  The trouble is that they’re comparing online advertising with search – more of a direct response medium operating at the sharp end of the purchase funnel – were CTR still has relevance.  The consumer is coming to Google with intent.  Online advertising is more likely to operate at the top of the funnel – influencing brand metrics such as awareness, favourability and purchase intent. You wouldn’t judge an English Literature student by how the did in a maths exam – you need to use the right measure based on what role that medium is playing.

You need activity which drives prospects into the top of your purchase funnel and develops a preference for your company at the early stages of research, otherwise everything comes down to a ‘bun fight’ over price. Good, interactive online advertising, especially video, can do this for you.

My advice, give it a try. If you can afford it, work with your agency so you can measure post impression performance of your online advertising campaign right through to site conversion. I think you’ll be in for a pleasant surprise.