Hats off to Tourism New Zealand – their consistency has been rewarded.

OK – so it first launched 10 years ago but Tourism New Zealand has just been voted ‘best at destination branding’ during a survey of their peers by the United Nations World Tourism Organisation and European Travel Commission. ‘100% Pure New Zealand’ was the factor sited by their peers for the accolade.

I remember going to the launch at Vinopolis back in 1999 (showing my age…), a memorable event because Neil Finn of Crowded House played live, and I have to admit, I was a bit underwhelmed. It didn’t have the cleverness of the previous campaign – you remember, the one contrasting the stresses of London with the wavy green grass.

But sometimes us marketers are too clever for our own good and forget our target audience isn’t our peers.

“100% Pure New Zealand” is a simple but thoroughly researched and well thought through campaign that combines a clear brand strategy with great imagery and fantastic music. It gives a destination short on icons a clear, straightforward positioning, as relevant and appealing to audiences now as it was 10 years ago (and probably in 10 years time as well).

It struck me a while back that there’s much too much chopping and changing in the marketing profession. As each new Marketing Director comes in, they’re keen to make their mark and shake things up a bit – I’ve done it myself. New strategy, new campaign, new direction.

But people aren’t in the real world aren’t as intimately involved with our brand as we are. And neither do they get bored with something as quickly, because they’re not seeing it every day.  A consistent message delivered over a long period – as long as its consistent with brand’s essence – builds recognition, credibility and trust.

For example, I have no idea how long that Jack Daniels campaign has been running on the Tube but I recognise it instantly and often wander down the platform to stand opposite one because despite the campaign’s longevity, they’re always entertaining. In fact, over the years I’ve probably become a minor expert on whisky maturation and I don’t even drink the stuff.

And look at what that long running Patek Philippe campaign has done for them – from niche brand to the one of world’s most desired watches.

So when you’re starting in a new role, think twice before you dispense with the old campaign. It will mark you out as a considered individual, prepared to put ego to one side.

And if you do decide to make a change, just bear in mind that when you dispense with the bathwater, the baby just might go out with it too.

http://www.navigator-marketing.co.uk/wp-content/uploads/Navigator-Marketing-Homepage_4.jpg 0 0 Ben Blackler http://www.navigator-marketing.co.uk/wp-content/uploads/Navigator-Marketing-Homepage_4.jpg Ben Blackler2009-09-22 14:33:452011-09-23 11:15:31Happy 10th Birthday to 100% Pure New Zealand
How does the National Trust ensure it’s new ‘User-Generated Content’ driven property websites are a success? It needs to take an integrated approach to the challenge.
I was initially a little incredulous to read that the National Trust was in the process of creating over 300 sites but then of course it all made sense – one new, central National Trust site and one site each for its 300+ properties.

In fact, the challenge comes up front in the creation of the “hub” site and then the core template (or perhaps templates as one size may not fit all) for its property websites. Once these first few are out of the way, and we’re promised 6 property websites by the end of September and the new main site by the end of the year, the others should be, relatively, straightforward.

Anybody who has used nationaltrust.org.uk will not find it hard to understand why it needs an overhaul – a pleasing facade soon degenerates into navigation lists so long they disappear beyond the reaches of the scroll bar and there’s a distinctly disappointing lack of information once you do reach your destination. 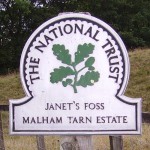 2.  Encouraging involvement so the user-generated side of the property sites actually has user generated content on there – I think this is a laudable aim. It chimes directly with the Trust’s desire to build an ongoing dialogue with its members and visitors but it’s in danger of falling flat on its face unless some real effort is put into it by supporting this intiative with other marketing disciplines i.e. some good old integrated marketing. For example:

How much UGC Can a Tithe Barn Generate?

Even with this level of support, I still worry about the odd NT preserved tithe barn in the heart of Worcestershire and exactly what potential it has to engender UGC. The template(s) are going to have to deliver quality customer experiences even when UGC is scarce.

And finally, you could argue even 300+ National Trust sites doesn’t go far enough – what about the causes outlined in the Trust’s new 2010 & Beyond strategy document. Can one site support their commitment to the nation’s heritage and open spaces as well as their commitment to the organic food and global warming debates? But that’s a subject for another time.