I’ve been meaning to write a blog on Facebook’s Open Social Graph ever since it was launched back in April, and having finally got round to it, I decided to do some research on which travel companies had integrated the functionality into the site. How many did I find? Well…..none actually.

That’s not hugely surprising. The adoption of these features has been much quicker over in the US as you’d expect, and in environments frequented by social media savvy types such as mashable.com.

So what is the Open Social Graph and why should you be paying attention to it?  Well, it’s a way of making the web a more social experience – with other Facebook users, and particularly your Facebook friends, guiding you around. 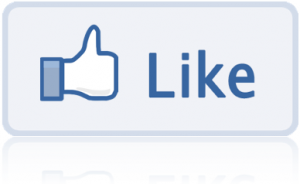 The first thing to note is that nobody ‘Becomes a Fan’ of your site or brand anymore. This has been replaced by a ‘Like’ button – something you’ll be familar with when commenting on your friends’ Facebook postings. So people don’t ‘Become Fans’ of your brand anymore, they ‘Like’ it instead.

Once a piece of content is ‘Liked’, a story appears in the ‘Liker’s’ friends’ newsfeeds – a nice piece of potential viral marketing. At the very least, it namechecks your brand to your Liker’s friends – and we all know how important friends recommendations are in generating new business. At best, their friend might be intrigued and click on the link created to find our more – valuable qualified traffic. And let’s not forget, you’ll have an incoming link that’s just been set up – great for boosting your search engine rankings.

But there are 2 other interesting things about the ‘Like’ button. Firstly, you’ve now got more than 1 bite of the cherry.  Previously, people ‘became a fan’ of your brand once. Now, they can ‘Like’ all sorts of content on your site – be it a product , an article or an offer – that’s lots of opportunities for different aspects of your offering to spread virally. Secondly, if you tag the content using the Facebook’s Open Graph guidelines, the ‘Liked’ content can form a permanant part of that person’s Facebook profile, becoming part of the ‘Likes and Interests’ part of their profile. Even more interestly, the ‘Liked’ page then becomes the equivalent of a Facebook page showing up in the same places pages show up in Facebook – namely in search. Hmm – lots more potential traffic.

The other way the Open Social Graph is manifested is via a number of social ‘plugins’ – little bits of Facebook functionality that you can ‘plugin’ to pages of your site just by dropping in a few lines of code. And it’s these that really power the social shopping experience.

For example, the ‘Comments’ plugin enables users to comment on your site’s content – be it a webpage, article or photo. And then the ‘commenter’ can share the comment on their wall, and in their friends streams. A nice way to capture comments but also a nice way to ensure they’re shared with as wide an audience as possible.

The ‘Activity Feed’ plugin shares the most recent activity taking place about your site or content- displaying if the content has been liked and shared and how many times. Also, if a visitor’s Facebook friends are among the ‘likers’ or ‘sharers’, they will be visible to that visitor, as long as the visitor is signed into Facebook. Hence, an overt recommendation, that may not have been made via word of mouth, has been made via the power of Facebook.

Now I’m a little sceptical about how powerful the ‘what have my friends liked/shared’ aspect of the social graph might become. The chances of one of my Facebook friends ‘liking’a particular piece of content I stumble across on the web when looking for a holiday are pretty remote. The chances of it being a friend who’s opinion I rate when selecting my holiday are even more unlikely.

However, I can see the ‘Like’ button taking off as an easy and less involved way of ‘commenting’ on content on the web without actually having to comment. Few people ‘create’ content, but lots of people are prepared to anonymously push a button to express their preference. And sites that are ‘Liked’ by more people, and content on the site that is more popular, is going to mean a higher conversion of visitors to bookings as people see that the company or product is legitimised by the favourable response of so many.

And I can see travel companions expressing preferences to each other by ‘Liking’ pages – why cut and paste links and then email them when you can ‘Like’ your preferred holidays and then tell your partner to check out your newsfeed entries to see if he/she ‘Likes’ them too.

So if I was you I’d be talking to my web developers and integrating the ‘Like’ button in particular and the the Activity Feed plugin on to all my company, product and article pages, unless you have compelling evidence that your audience isn’t using Facebook (and to be honest, they’d have to be positively geriatric for that to be the case).The response may initially be slow, but it will pick up as word spreads.

And as my research has proved, you’ll be at least one step ahead of your tardy competitors.

http://www.navigator-marketing.co.uk/wp-content/uploads/Navigator-Marketing-Homepage_4.jpg 0 0 Ben Blackler http://www.navigator-marketing.co.uk/wp-content/uploads/Navigator-Marketing-Homepage_4.jpg Ben Blackler2012-10-18 14:53:482014-04-07 10:13:26'Liking' - There's Not of It Happening on Travel Websites (But There Should Be)