I like to think of good marketing as ‘the mortar between the bricks’ of a strong organisation. Good marketers should bind everything together, making sure the customer experience is solid and consistent with the brand’s values from beginning to end.  That’s the only way to build an organisation which realises its potential.

The problem is, too many of us build a separate tower away from the rest of the organisation and only very rarely open the gates up to let anyone else inside.  You might think it’s only your responsibility to deliver prospects, and then it’s sales’ job to convert them into customers. Or you may have created a wonderful vision document for the brand which was presented at a board meeting a few months after you joined but hasn’t seen the light of day since. In both cases, you’re condemning yourself  to shouting from the parapet when the people in the courtyard below simply can’t hear you.

I’ve not been immune from ‘ivory tower’ syndrome myself. Let me talk about a specific incident, early in my marketing career so you can learn from my experience. 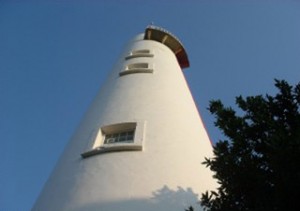 Ivory Towers - Easy To Build But Tricky To Dismantle

When I joined Simply Travel back in September 2000, I laid the foundations of my tower right from the start.

I knew I had to get to know the brand better, so I arranged meetings with my managerial colleagues.  I even took a trip out to Turkey so I could understand the sort of experience our customers had. And I ploughed through swathes of information on the market, the company and it’s competititors.

A good start, surely?  Nope – I simply wasn’t comprehensive enough.  I’d had opinions from one tier of the organisation, but I’d barely spoken to anyone on the front line. Plus I missed a swathe of important and opinionated individuals – the Product Managers.  Hence, when I later came to sell in my initial strategic ideas, I had limited credibility amongst certain important opinion leaders. First lesson learnt – before I could expect people to listen to me, I had to demonstrate I’d listened to them.

I took my initial research away and drew perceptual maps to help me understand the market, where we stood in it and which direction the opportunities were in. But I kept things very close to my chest and once I’d drawn my conclusions, I presented them to the leadership team. Once I had their buy in, I presented them to my own team.

And the response? Joy at being led by such an inspired strategic thinker? Nope. There were underwhelmed to say the least. Why? Because I hadn’t involved a bunch of smart, passionate and marketing literate people who could have added significant value in the evolution of something that was central to their task. Well done, Ben – first floor of the tower successfully built. And my lesson? I needed to keep things tight – strategy evolution by committee leads to fuzzy strategy – but by involving the right sort of people in the thought process the strategy would have been better ‘road tested’ , and I’d have had some valuable allies when selling it in.

Of course, when I came to sell the strategy in to other departments, I met resistance because I hadn’t spent enough time listening and building credibility up front.   But also because I’d committed the cardinal sin of interpreting that strategy for them.  Bad move. That was the 2nd floor, the parapet and the conical bit on the top added all at once.

I had some uncomfortable meetings to say the least. In fact, in some I felt very much like a christian facing a pack of lions in the Colosseum. I can’t blame them for how they reacted – ‘marketing upstart who’s only been around for 3 months tells me to start to do things differently when I think I’m doing a pretty good job’. I couldn’t tell them how to do their job, because they knew it better than me. What I could do was to give them a framework to make their own decisions as to how what they did could better support the brand values. ‘Inspire’ rather than ‘tell’ or ‘sell’, so to speak. That was lesson 3 learnt.

I spent the next 4 years taking my tower down block by block – and believe me, unlike real towers they’re harder to take down than to put up. In fact, by the time I’d left, both myself and my department were consulted on a wide range of brand related decisions, from service standards in the UK to what the reps wore. And not because people were compelled to, but because they valued our opinion.

I had to build relationships and trust with some pretty opinionated people in that time but I learnt from my mistakes.  If you learn from them too you’ll find yourself building bridges rather than towers – a much more useful type of construction project for travel and tourism marketers.