People are always telling me that marketing is ‘common sense’ – usually those not in the profession or those that have made a made a move from another role.

Frankly, this particular observation drives me round the twist.  It’s like telling a doctor all those years of study and practice were a waste of time as you can just look up your ailment on the internet.  Quite apart from that it’s clearly wrong.  We’re surrounding by thousands of examples of ‘common sense’ marketing and do we pay a jot of notice to it – probably not.

But every now and again, something really cuts through all the surrounding clutter. And creating those campaigns requires a deep understanding of target customers, the brand’s own message and the fundamentals of communication and persuasion. Let me give you an example of how transformative clearly expressed vision and values can be.

I had the good fortune back in 2003 to work with a chap called Marcus Codrington Fernandez, one of the UK’s leading brand gurus – the man behind the success of brands such as IBM, Mercedes-Benz and Orange.

My brand, Simply Travel, was drifting – and drifting in the wrong direction. Our campaign was becoming increasingly ineffective, our service levels were slipping – everything we tried had little or no effect. Like many marketers, I was focusing on the tools – trying different advertising formats, different timings of mailings and emailings and different offers. Good ‘common sense’ marketing – problem was, I wasn’t getting the message right.

Marcus had been recommended by another supplier. I met him more in hope than expectation. He suggested he spend some time with members of the Simply team – both old and new and across all functions – to define a positioning for the brand that we could use to shed new light on all our activity. 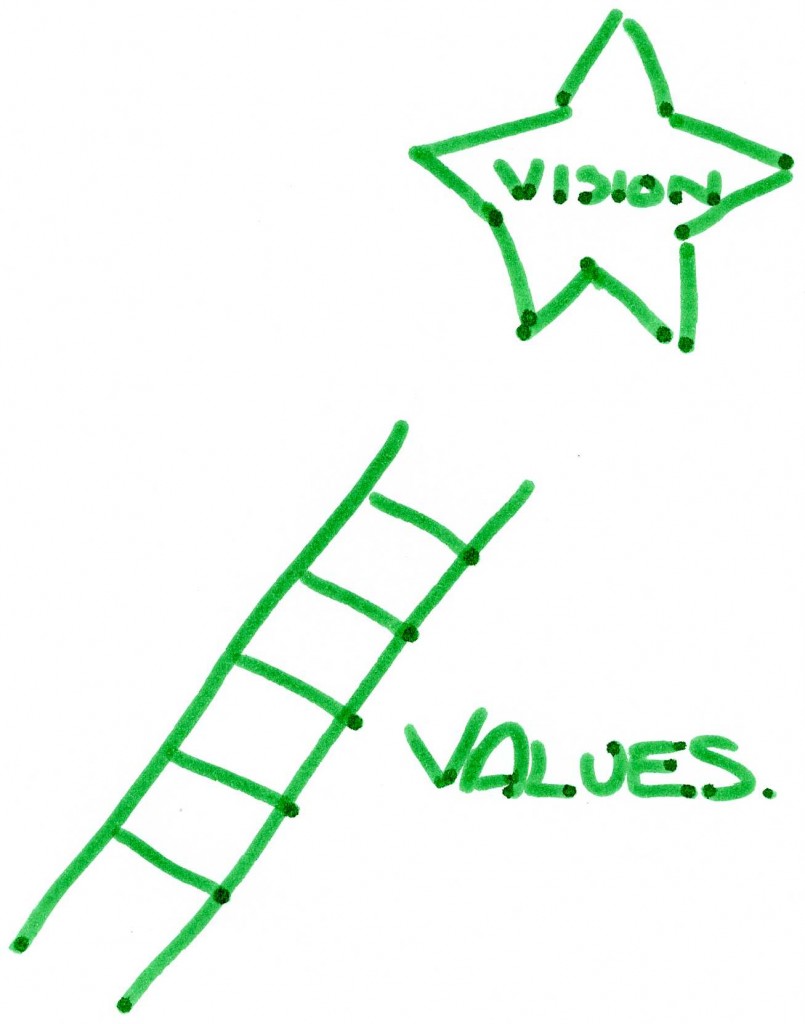 The Celestial Model of Brand Vision and Values

Marcus’s aim was to define a vision for the brand – a guiding star upon which we kept our gaze firmly fixed as we moved forward – and 5 values, the rungs on the celestial ladder we needed to ascend if we were going to reach our goal. For him, we needed to define no more. No rational benefits, emotional benefits, brand attributes or any of the other numerous and sometimes unfathomable layers of the ‘brand onion.’ His view was if you got the vision and values right, and then followed the fundamentals of good communication, everything else would flow. Like a deliciously simple recipe you can easily remember and make again and again rather than one with an irritatingly long list of instructions.

So what did he come up with? He defined our vision as ‘Helping People to Find Their Own Way’ – a beautifully simple way of defining our role for our clients. We weren’t there to tell them what to do, but we weren’t there to stand back and let them do it all themselves and make inevitable and avoidable mistakes.  We were facilitators and helpers – enabling people to discover the little known and unspoilt parts of the Mediterranean we loved, but in their own way.

Our values? Chatty, Honest, Informative, Nimble and Surprising or ‘CHINS’ as they became known. 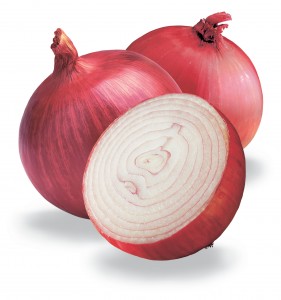 Onions - Great for Eating But Not So Great for Defining Brands

Chatty because we were passionate about what we did and wanted to share it with people, because we viewed our customers as fellow travellers rather than transactions and because we were just as interested in them as they were in us. Honest because the places and properties we chose were authentic and we wanted to depict them in as honest a light as we could because that made for happy customers. Informative because we knew our destinations and properties inside out and wanted to share our knowledge with those who wanted to listen. Nimble because we moved fast to deal with customers problems and faster than our competitors in unearthing new places. And surprising because people like surprises – good ones at least – and they’re what makes an experience memorable. And memorable holidays make people want to come back and tell others about them.

By reviewing all our activity in the cold light of these visions and values, we made some remarkable things happen. Our customer service ratings in the UK and overseas leapt up after 4 years of decline. Our marketing efforts scooped awards at CIMTIG’s annual bash. And I’m sure we outperformed the market – we certainly outperformed our sister brands at TUI.

My point is that we have a tendency to get immersed in the best ways of using the tools in marketing rather than focusing on the core message which will resonate with our customers. The ‘what’ rather than the ‘why’ or the ‘how, so to speak.  But I can be the most skilled paintbrush user in the whole of the world – without a vision I’m just a painter/decorator, not an artist.